The Agricultural Research Council of Nigeria (ARCN) has appointed ABG Paulas International, Germany, as its Consultant in the Diaspora. The appointment followed the signing of the Memorandum of Understanding (MOU) by the two parties in Abuja, at the weekend. The Executive Secretary of the Council, Professor Garba Sharabutu and the Director Administration ARCN, Dr. Edeki John Enesi signed for the ARCN, while the Managing Director of ABG Paulas, Mr. Ambrose Okojie, and the Executive Director of the international organization, Chief Charles Ozoemena, signed for the Nigerian- German-based firm. Speaking at the Signing ceremony, the Executive Secretary of ARCN, Professor Sharabutu explained that the appointment of ABG Paulas was in sync with some of the mandates of the Council, which authorised ARCN to seek international collaborators in sourcing for funding and international relationships that can advance research in Agriculture and achieve food security for the country. “We are seeking the assistance of International Consultants because as a corporate entity, we cannot on our own begin to go from one place or the other to seek for funds. The best we can do is to write proposals and send them to Donor Agencies, or where we cannot reach out, we seek the collaboration of Consultants to assist us source for funding. This is why we sought to collaborate with ABG Paulas International, Germany for them to assist us” “ABG Paulas International is very experienced in that area. They have studied the situation in Nigeria and they felt as Nigerians they have a responsibility to contribute their own quota in advancing Agriculture in Nigeria. “Based on a protracted discussion and negotiation with them and haven studied their profile and haven established the fact that they are highly reliable and competent to assist us, we have considered it as very very useful to partner with them”, he clarified. Responding, the Managing Director and Chief Executive of ABG Paulas, Mr Ambrose Okojie thanked the Management of ARCN for reposing confidence in the company and for the appointment as its Consultants in Diaspora. He said that the desire of ABG Paulas is to support the Federal Government, using Agriculture not only to achieve food security but also create massive jobs that would stop the growing exodus of the Nigerian youths who are risking their lives to trek across the Sahara Deserts to the Mediterranean Sea on their way to Europe in search of better opportunities. The Executive Director of ABG Paulas, Chief Charles Ozoemena while speaking, assured the Management of ARCN the commitment of the company to deliver on all the promises made by The Nigerian German firm, in accordance with the spirit and principles of the MOU signed.

The Minister of Agriculture, Alhaji Sabo Nanono, has approved the hosting of the 1st International Potato Value chain and other Root Crops Conference and Exhibition scheduled to hold from September 14 to 16, 2021 in Jos the Plateau State Capital. The Exposition is being organized by ABG Paulas in partnership with the Plateau State Government and Grimme, Germany. The Minister gave his full backing in a letter written to the Managing Director of ABG Paulas, organizers of the conference and expo, dated 30th April 2021. According to the letter signed on behalf of the Minister by Engineer AG Abubakar, “The Ministry is delighted to convey the approval of the Honorable Minister for the International Potato Value Chain and Root crops summit scheduled to hold from September 14th to 16th 2021 at Jos Plateau State. The event is scheduled to open up investment opportunities, create jobs for stakeholders and facilitate increased production as well as food and nutrition security” In a statement released to the Media by ABG Paulas and signed by its Executive Director, Strategy, Communication and Media, Charles Ozoemena, participants and exhibitors of the Expo are drawn from the local and international stakeholders in the Agricultural sector, both the public and the private, from local and international organizations. Some of the local and international organizations that have endorsed this International Expo include: German Agribusiness Alliance, African Union (AU), Agricultural Research Council of Nigeria, (ARCN), Daily Trust Newspapers, Nigeria in Diaspora Organization, (NIDO), Germany, office of the Nigerian Ambassador to Germany, and the Plateau State Chambers of Commerce, Industry, Mines and Agriculture (PLACCIMA). The aim of the Exposition is to mobilize the private sector to invest in the Nigerian Potato and root crops value chain including that of the seed value chain covering production, preservation, processing, promotion and packaging. Similarly, participants are expected to define a pragmatic and achievable roadmap for the full development of the multi billion Dollars value chain, which is yet untapped by the private sector. Potato is the third most consumed food crop globally coming after rice and wheat. Over a billion people worldwide, consume Potato, according to International Potato Centre, Peru. Nigeria is the 4th largest producer of Potato in the Sub-Saharan Africa and the 7th largest producer in Africa, On Sweet Potato Nigeria produces 3.93MT of sweet potato annually, the largest producer in Sub Saharan Africa and the 2nd largest producer in the world.  This is in spite of the fact that Nigerian farmers use subsistence tools to cultivate the root crops.

ABG Paulas Resources Limited had a very successful meeting with the Executive Governor, Deputy Governor and the Commissioner of Agriculture, Plateau State on Tuesday, August 3rd  2021

The presidency yesterday threw its weight behind the staging of the 1st International Potato Value Chain and other Root crops Conference and Exhibition (IPVC). The Secretary to the Government of the Federation, Mr. Boss Mustapha, gave this validation yesterday, when he received the organizers of the Expo in his office in Abuja. He was also decorated as a Chief Ambassador of programme. Promising to physically attend the event, now rescheduled to take place from November 16 to 18, 2021, in Jos, the Plateau State capital, he said that the idea of the Expo is novel and in tandem with the objectives of the Federal government’s desire to diversify the economy and attract Direct Foreign Investment through Agriculture. The event was earlier scheduled to hold September 14 to 16, 2021 but was shifted to November due to the sudden crises in Jos. Speaking through the Permanent Secretary in the office of the SGF on Political and Economy, Mr. Andrew David Adejo, the SGF said that “the federal government will support the Expo because it is in line with the economic diversification of Nigeria’s economy” He advised that the title of the conference and exposition should be 1st International Potato and Root Crops Value Chain Conference and Exhibition saying that processing potato and other root crops into other by-products is the way to go, bearing in mind that doing so will lead to appropriate standardization of the products, the establishment of multiple industries and earning of foreign exchange for the country. Earlier, the Managing Director of the ABG Paulas, Resources Limited, Organizers of the Programme, Mr. Ambrose Okojie, had called on the Federal government to support the programme. He explained that the desire of the programme is to attract for the country foreign direct investment especially in the areas of the production, preservation, processing, packaging and promotion of the products of potato and other root crops in Nigeria. Mr. Okojie who is a member of Nigerian Diaspora community in Germany, revealed that ABG Paulas is organizing the programme along with the plateau state government and the validations of Grimme in Germany, the Federal Ministry of Agriculture, NISIRAL, Pottinger in Australia, German Agribusiness Alliance, the African Union, Agricultural Research Council of Nigeria and Several other organizations. Also speaking, the Executive Director, Strategy, Communication and Media of ABG Paulas Resources Limited, Mr. Charles Ozoemena, had told the SGF that ABG Paulas, is in full support of the government’s commitment in Agriculture, hence “we in Diaspora decided to come home to join hands in attracting Foreign Direct Investment (FDI) in one area that is crying for development in Agriculture, which is the Potato and root crops value chain. “There is a huge market for this root crops with about 500 million population market in West Africa alone staring at Nigeria, awaiting the production and supply of the potato and its root crops “We have come to ignite the attraction of chains of investments into Plateau State from the private sector-local and international. We’ve met with stakeholders in Europe on how to develop the complete Value chain in Plateau State- Mechanized cultivation, production, storage, Processing, Packaging and promotion “But first we have to develop the required roadmap that will change the economy of plateau for the good of the government and the good people of Plateau State, Ozoemena said.

ABG Paulas Resources Limited had a very successful meeting with the Director General of Nigerians in Diaspora Commission(NiDC) in Abuja on Tuesday, August 17th 2021

ABG Paulas visit to the Jos Chamber of Commerce, Mining and Industry

ABG Paulas Resources Limited had a successful meeting with the Corporative of Mangu Local Government in Jos, Plateau State.

ABG Paulas Resources Limited had a successful meeting with the Commissioners of Agriculture, Power, and the Permanent Secretary Ministry of Agriculture, Bayelsa State on SunFarming Foods and Energy (24/05/2021).

ABG Paulas Resources Limited had a successful meeting with the Managing Director of Bank of Agriculture in Abuja.

Count down to the IPVC programme 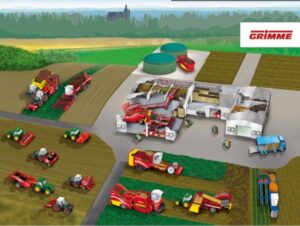 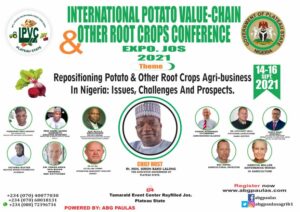 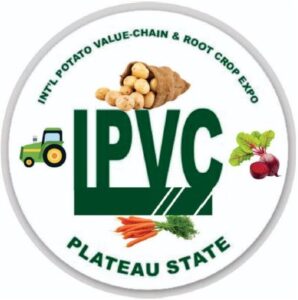 ABG Paulas Resources Limited had a very successful meeting with the Director General of Raw Materials Research and Development Council(RMRDC) in Abuja on Wednesday, October 6th 2021